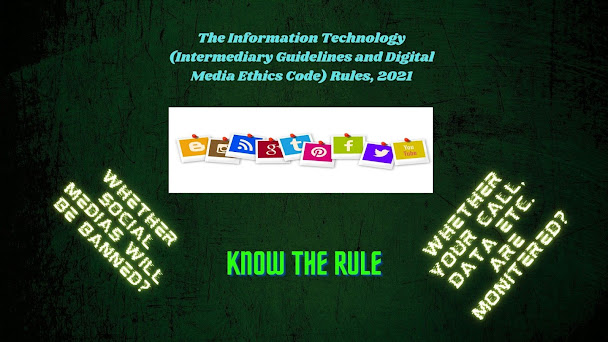 There are lot of confusions going on relating to the newly introduced IT Rules 2021 which has come on 25th February, 2021 and since 25th May, 2021 there are lot of gossips and fake news going on and the questions before the people of India at large are:

Whether our private call, chat etc. data are read secretly without our permission?

What is there in IT Rules,2021 or Information Technology (Intermediary Guidelines And Digital Media Ethics Code) Rules, 2021?

As per Press Information Bureau, Government of India, we find the following statistics:

In one recent case i.e. FACEBOOK INC. VERSUS UNION OF INDIA & ORS., the issue relating to how and in what manner the intermediaries should provide information including the names of the originators of any message/content/information shared on the platforms run by these intermediaries and decryption of end-to-end encrypting chat-messengers who are to provide data in time of investigation etc. were raised and the question of any Rule to that effect was also discussed.

Making of the Rule…….

Ø  Large scale proliferation of social media by empowering the citizens and simultaneously rise of serious concerns and consequences which have grown manifold in recent years. 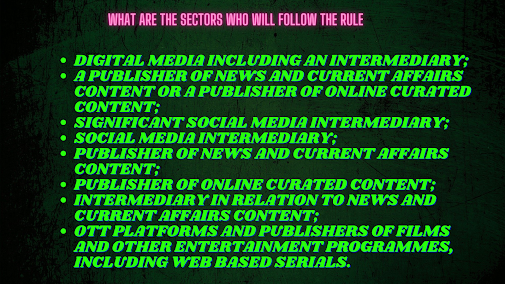 v  Social media platform can certainly be used for asking questions and criticism.

v  The new Rules empower ordinary users of social media, embodying a mechanism for redressal and timely resolution of their grievance

v  The proposed framework is progressive, liberal and contemporaneous

v  It seeks to address peoples’ varied concerns while removing any misapprehension about curbing creativity and freedom of speech and expression.

v  The guidelines have been framed keeping in mind the difference between viewership in a theatre and television as compared to watching it on Internet.

Various Parts of the Rule relating to Executing Authority:

The Rule has following three parts:

PART II: DUE DILIGENCE BY INTERMEDIARIES AND GRIEVANCE REDRESSAL MECHANISM

The present much-discussed law has its strong background in the following laws of India:

Section 5(2) of Indian Telegraph Act 1885 : Power for Government to take possession of licensed telegraphs and to order interception of messages.

Power to issue directions for interception or monitoring or decryption of any information through any computer resource.

Power to issue directions for blocking for public access of any information through any computer resource.

Power to authorise to monitor and collect traffic data or information through any computer resource for cyber security.

In this present IT Rules 2021, we can find Digital Media Ethics Code concerning Digital Media and OTT Platforms which is to be administered by Ministry of Information and Broadcasting.

For example, the OTT platforms have to classify their contents in terms of age as follows

For ensuring observance and adherence to the code Ethics by publishers operating in the territory of India, and for addressing the grievances made in relation to publishers under this Rule, there shall be a three-tier structure as under –

Ø  Level-I: Self-regulation by the publishers;

Ø  Level-II: Self-regulation by the self-regulating bodies of the publishers;

Intermediary shall, as soon as possible, but not later than seventy-two hours of the receipt of an order, provide information under its control or possession, or assistance to Government agency.

As per the Section 3(2)(b) of this Rule, the intermediary shall, within twenty-four hours from the receipt of a complaint made by an individual or any person on his behalf under this sub-rule, in relation to any content which is prima facie in the nature of any material which exposes the private area of such individual, shows such individual in full or partial nudity or shows or depicts such individual in any sexual act or conduct, or is in the nature of impersonation in an electronic form, including artificially morphed images of such individual, take all reasonable and practicable measures to remove or disable access to such content which is hosted, stored, published or transmitted by it.

As per Rule 3(1) the intermediary shall not host, display, upload, modify, publish, transmit, store, update or share any information that,

(i)       belongs to another person and to which the user does not have any right;

(ii)      is defamatory, obscene, pornographic, paedophilic, invasive of another’s privacy including bodily privacy, insulting or harassing on the basis of gender, libellous, racially or ethnically objectionable, relating or encouraging money laundering or gambling, or otherwise inconsistent with or contrary to the laws in force;

(iv)    infringes any patent, trademark, copyright or other proprietary rights;

(vi)    deceives or misleads the addressee about the origin of the message or knowingly and intentionally communicates any information which is patently false or misleading in nature but may reasonably be perceived as a fact;

(viii) threatens the unity, integrity, defence, security or sovereignty of India, friendly relations with foreign States, or public order, or causes incitement to the commission of any cognisable offence or prevents investigation of any offence or is insulting other nation;

(ix)    contains software virus or any other computer code, file or program designed to interrupt, destroy or limit the functionality of any computer resource;

(x)      is patently false and untrue, and is written or published in any form, with the intent to mislead or harass a person, entity or agency for financial gain or to cause any injury to any person;

It is further to be mentioned that as per the Rule 3 of IT Rules 2021, intermediaries have to preserve Evidence or retain Data for 180 Days.

In this Rule the social media has been divided into two parts, they are:

Significant social media intermediary being social medias who have large scale users above a threshold numbers should appoint and maintain following personnel to redress various issues relating to the law of the land: –

v  A nodal contact person needs to be appointed for 24x7 to coordinate with law enforcement agencies.

Identification of the First Originator for messaging Apps like WhatsApp etc.

As stated in the Rule 4(2), a significant social media intermediary providing services primarily in the nature of messaging shall enable the identification of the first originator of the information on its computer resource as may be required by a judicial order passed by a court of competent jurisdiction or an order passed by the Competent Authority under section 69 of the Information Technology (Procedure and Safeguards for interception, monitoring and decryption of information) Rules, 2009, which shall be supported with a copy of such information in electronic form.

“Safe-Harbour Protections” under Section 79 of the IT Act and Proviso Clauses:

There are lot of debate with respect to the instant messenger like WhatsApp etc. whether the privacy they offered by way of end-to-end encryption will be violated. But if one studies the proviso clauses of this 4(2) of this Rule, it will be clear that nothing of that sort has been there and on the contrary the messages or chat can not be intercepted or to be taken.

There are lot of uproar that various social media giant will be banned is absolutely false but after this Rule came into being they have to face rigours of law as provided in Rule 7.

vii)        Horror as described in the Schedule, as may be modified from time to time by the Ministry of Information & Broadcasting.

GENERAL GUIDELINE FOR CLASSIFICATION OF FLIMS AND OTHER ENTERTAINMENT PROGRAMMES, INCLUDING WEB BASED SERIALS:

This Rule relates to various concerns and they are:

(g) VIOLENCE: Classification decisions shall take account of the degree and nature of violence in a work

Popular posts from this blog 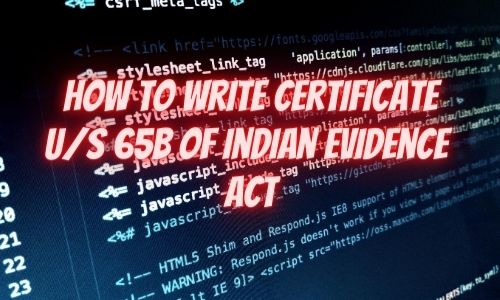 In   my earlier blog-post ,   I have discussed about the latest judgement by Hon’ble Supreme Court of India, wherein in the event the original device can not be produced before the Learned Court, the party proving the electronic evidence has to give statement u/s 65B of the Indian Evidence Act. We know that in electronic evidence collection, it is not always easy to bring the original device before the learned Court, as in most of the cases the data are collected from internet or virtual world, where the data are stored in various server whose location in many cases is beyond India. Section 65A of Indian Evidence Act says :  “The contents of electronic records may be proved in accordance with the provisions of section 65B.” Hence everyone who wants to adduce electronic evidence and where there is no possibilities that the original device can be brought before the Court, Certificate under section 65B is a mandatory one. Hence everyone should know how to write or draft certificate under
Read more 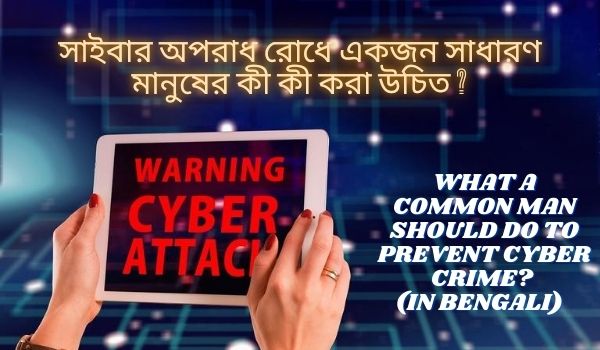 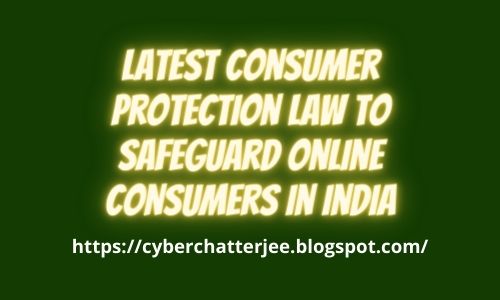 Today, the major portion of consumers in India like the other developed and developing countries are purchasing or availing goods or services or attempting to purchase goods or services through the cyber world. On the above score, e-commerce industry has thrived its best in the last few years. Specially, in the present situation of prolonged lockdown, testing the very existence of civilization, when people are hardly going out of their houses or avoiding direct purchase from the physical market or the physical world, the business of the e-commerce industry is reaching its pinnacle. People at large in the society are purchasing goods or services through various online platforms which may be either direct e-commerce entity or market place of e-commerce entity. Everyday majority of contract are made through virtual world wherein some or every part of a valid contract is executed through virtual world. Though, the previous Consumer Protection Act, 1986 and our existing Contract Act does no
Read more

Popular posts from this blog

In   my earlier blog-post ,   I have discussed about the latest judgement by Hon’ble Supreme Court of India, wherein in the event the original device can not be produced before the Learned Court, the party proving the electronic evidence has to give statement u/s 65B of the Indian Evidence Act. We know that in electronic evidence collection, it is not always easy to bring the original device before the learned Court, as in most of the cases the data are collected from internet or virtual world, where the data are stored in various server whose location in many cases is beyond India. Section 65A of Indian Evidence Act says :  “The contents of electronic records may be proved in accordance with the provisions of section 65B.” Hence everyone who wants to adduce electronic evidence and where there is no possibilities that the original device can be brought before the Court, Certificate under section 65B is a mandatory one. Hence everyone should know how to write or draft certificate under
Read more 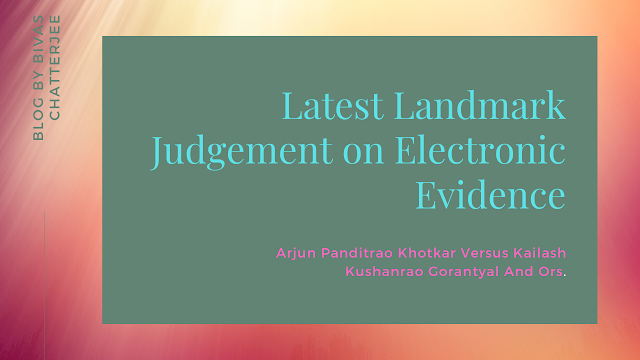 By writing every blog-post in this blog I am not in any way soliciting work and advertising and by accessing, opening and reading this post the readers should understand that:

The information provided under this website is for informational purposes only, should not be interpreted as soliciting or advertisement and in cases where the user has any legal issues, he/she in all cases must seek independent legal advice.